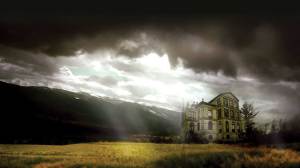 When I was younger I used to watch a lot of horror movies, but I soon tired of the slasher films and stopped watching altogether. Recently, though, I’ve gone back to watching some more horror movies and one of those included The Orphanage.

The plot involves a couple and their adopted son, who move into the mother’s childhood home, which was once an orphanage. The mother, Laura, plans to turn it into a home for disabled children, but at a party for the opening of the home, their son goes missing.

I was pleasantly surprised with this movie and I’m glad it is an old-fashioned ghost story in that the horror is revealed by the building up of suspense. As I grew up on Hitchcock, this type of horror appeals to me more. To be perfectly honest, one thing that I did find disturbing was the young boy, Tomas. The way he followed the mother around was rather creepy; however, his story is drip-fed to the audience that one eventually feels sympathy for him. 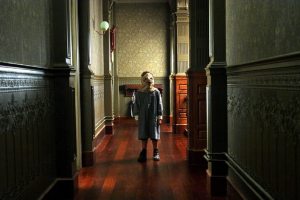 The film is in Spanish and I didn’t have an issue with having to read sub-titles, as I’ve watched quite a few foreign films and television shows over the years. I enjoyed the cinematography, which helped create the atmosphere of isolation, darkness and abandonment. The only problem I had with the movie was self-inflicted in that I didn’t see the ending earlier that I may have done otherwise. I was clearly taken along with the ride and when the resolution was revealed it all made perfect sense. The ending was satisfying and rather poignant.

Even if you are not a fan of the horror genre, this film is still worth watching. It portrays a message of love between a mother and her child and for those less fortunate than ourselves.

Have you watched The Orphanage? Do you prefer the slow build of suspense or slasher flicks? Do you like to guess the ending or prefer to just go along for the ride? Do you have problems with watching foreign films?

4 thoughts on “The Slow Horror of The Orphanage.”