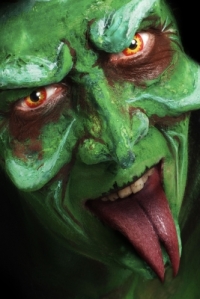 In 2005, I wrote my first novel from beginning to end.  It was such a wonderful feeling to actually write those precious words ‘The End’.  Some time later I gave it to a writing friend to read to see what she thought of it.  ‘This is great – no brilliant’ was what she had written.  Buoyed by her response and her suggestions, I continued.  Four years later after numerous changes and edits, I took a couple of chapters with me to a workshop with Debra Adelaide, author of The Household Guide to Dying.  According to her, my protagonist was almost there, but not quite there yet.  Once again I continued tweaking the novel.  But after several years of editing and re-writing, I am now beginning to wonder if this one will ever see the light of day.

I’m sure you’ve heard of authors who talk about a particular novel or couple of novels that stay hidden away in some old drawer, never to be published.  They knew when to give up on them and continue with something else.  Some authors decide to go over their old hidden novels, brush them off and consider getting them published.  Perseverance, is after all, a requirement of becoming a writer.  But when do you actually decide that your novel isn’t working; that enough is enough?

My trouble is I continue to go over this particular novel because I need to tell it.  It is personal – after all, there is that old saying that an author’s first novel is usually autobiographical.  I continue with it despite changes in viewpoint, characters, plot development; I can’t let it go.  Perhaps I’ve been working on it for too long that it deserves to be hidden away (either short term or permanently), while I continue re-writing my other novels and begin new projects.

So how do you know when enough is enough with your own work?  Do you have any projects that will perhaps never see the light of day?

*And yes, in case you’re wondering, I am a perfectionist! 🙂

8 thoughts on “Digging out Your Old WIP: A Monster in the Closet?”