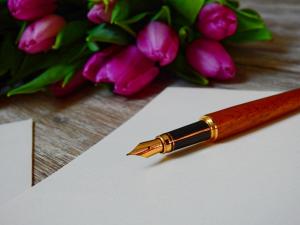 When we first start out as writers, there are plenty of valuable lessons we need to learn. These include rejection, criticism and continually practicing our craft; however I think one of the most valuable lessons I have learnt since I started writing is getting my ideas down on paper.

I first started writing during my teenage years when I was in High School. During those early years, I was like an addict. Story ideas would appear and I felt the need to write the whole thing in its entirety in novel form, until the excitement fizzled out and I was onto the next ‘high’ (hardly surprising). Sometimes when an idea appeared, I didn’t write it down, foolishly believing that I would remember it. Sometimes I did, but others disappeared completely.

Ideas for stories can tend to turn up when we least expect it, making it difficult to get pen and paper (really, what is it about having a shower?) Other times, we can be scrambling to get just one little spark of an idea, which is lovingly referred to as writer’s block.

The interesting thing is that the more you write, the more ideas you tend to come up with (perhaps this is why some famous authors don’t believe in writer’s block). It’s getting them written down that can become an issue. Some authors have pens and notebooks scattered throughout their house and in their handbag for whenever an idea strikes. Over the years, I have learnt to use a similar tactic – grab a pen and paper quick sticks and write the idea down and make sure it makes some kind of sense for when you go over it.

In order for us to write, either fiction or non-fiction, we need ideas and plenty of them if we really want to succeed as writers. Of-course life would be a bit simpler if we had one of Dumbledore’s pensieves!

What is one valuable lesson you’ve learnt since you started writing? Do you have trouble coming up with ideas? How do you get your ideas down? Do you get ideas when you’re in the bath/shower and find that particularly annoying? 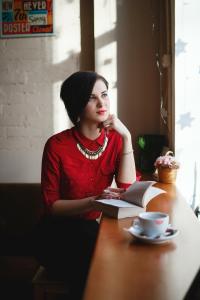 After completing the first draft of my novella, I suddenly found myself stuck. I had plenty of ideas going through my head on what to write – ideas for new short stories, ideas for new novels, new ideas for existing drafts (taking some time away from the keyboard to clear the head is always beneficial). Trouble was I couldn’t come to a decision on what project to begin with.

Being faced with new ideas for writing projects makes me feel like a kid in a lolly shop being spoiled for choice. All those voices in your head clambering to be heard, shouting ‘Pick me! Pick me!’ It’s not always the loudest that gets heard; sometimes there are those that are quieter, but have been there waiting patiently, even for many years, for you to acknowledge them. It’s so easy to be lured by the new shiny idea (Janice Hardy has a helpful post on how to resist them), but new ideas need time to simmer.  Write the new idea down as soon as it comes to you, then let everything else, such as characters and plot come to you gradually. It is usually about this time when you may spend valuable minutes just staring out of the window! And yet, like those patient characters I mentioned, there are some stories that ‘speak’ to you more than others. It is said that everyone has a story in them; so if you have a story that needs to be told, that will not let you go no matter how hard you may try – write it.

At a recent writing workshop I attended, a story that has been with me for many years automatically appeared as the main character demanded being heard. Her story has been tucked away in a drawer for some years now, incomplete as she has been a shy, timid character; yet she continued to persist, revealing herself a little bit slowly, but surely. The time to write her story has come.

Perhaps choosing the next writing project should be as simple as playing ‘pin the tail on the donkey’ – just blindly go where your gut instincts tell you.

Ever since my son could hold a pencil, he has been drawing and now at age thirteen, I continue to watch him.  He has managed to draw some difficult things over the years, including Transformers and his latest faze is the people from Halo, but what is remarkable is that he can do it all in pen.  He can come up with ideas for his own drawings, or happily copy the work of others, sometimes spending hours on them.  With our encouragement (which makes all the difference), my son continues to do what he enjoys doing, drawing whatever pleases him.  I’ve come to the belief that it should be the same when it comes to my own writing.

As writers aiming for publication, we can sometimes get caught up with the latest fads in what is being published.  After the publication of the Harry Potter series, there was an increase in fantasy novels;  the Twilight series saw an increase in paranormal books for young adults.  Jumping on a fad is no guarantee of publication as it takes years before seeing the final product.  I remember reading a book which stated that you shouldn’t write what you want to write, write what a publisher wants to publish.  While I understand the logic behind this (and this may work best for non-fiction writers), I think fiction writers need to express their creativity in exploring what works for them.  Restricting this creativity can make the writing feel forced, therefore becoming a chore, stalling the creativity and leaving the writer to no longer enjoy what they are doing.  I think this quote sums it up best:-

“In truth, I never consider the audience for whom I’m writing. I just write what I want to write.” — J.K. Rowling

If this can work for one of the richest women in the world, then what’s to stop the rest of us poor inspiring writers?  She had an idea for a story that she believed in and she went with it.  Despite all the rejections she received, she finally found a publisher that loved her idea.  Isn’t this what being a creative writer is all about?

So I will take a lesson from my son (shh, don’t tell him) and embrace my inner child.  I’m remembering what it was like to be that ten year old girl who enjoyed making up stories and got such a kick out of it that she wanted to make a living from it.  Now is the right time to enjoy writing what you like, when you like, without feeling the pressure from publishers.

Are you embracing your inner child?