When I was about twelve years old I began reading in earnest, and read just about anything I could possibly get my hands on.  Stories that scared me always held my interest, or stories that kept me guessing with what might happen next.  Surprisingly, my love of stories out of the ordinary came from film.  It was film that made me a reader.

My family and I spent a lot of time going out to the movies and the drive-in (remember them?)  There was a time, during one of these family outings to the movies that changed my life. When I was about eight years old, we saw Picnic at Hanging Rock, and because it remained a mystery, it began to haunt me. People don’t just disappear; there had to be an answer. 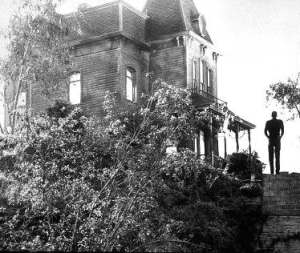 We also watched a lot of television. Perhaps it was because my parents were of an older generation that they watched the old black and white movies, introducing me to them as well.  It was the movies of Alfred Hitchcock that really grabbed my attention over all.  Watching Psycho, Rebecca and The Birds; that ‘edge of your seat excitement’, where I was always eager to find out what was going to happen next.  Unexpected plot twists or unhappy endings did not faze me at all; that was all part of the suspense.

The combination of both film and books has inspired me to write mysteries and horror with supernatural elements. When I completed my first short story, I gave it to my husband to read, who called it ‘macabre’.  It was only a couple of years ago, that as a member of the Central West Writers’ Centre, I applied for a consultation with Peter Bishop, Director of Varuna – The Writers House.  After having read the first three chapters of one of my novels, a vampire story, he said he was reminded of Alfred Hitchcock.  Having the film director influence my childhood, naturally I considered this high praise.  I knew I was onto something.

Movies today don’t hold the same appeal to me.  Apart from a few exceptions, I’ve seen a lot of them that are heavy on special effects and little on story.  I like a good story – that’s why I became a writer in the first place.

2 thoughts on “Writing and the Influence of Film.”